So to be honest October wasn’t an excellent reading month, but considering the amount of work being able to read 3 books isn’t that bad. This month’s books were amazing, there were all continuations of series I am currently reading, and I have loved all of them.

The Mark of Athena by Rick Riordan

This is the third book in the Olympus series. As every other book I have read from Rick Riordan this is a fun, action pack and amazing book in which you never stop learning something new about greek or roman mythology. I love where the story is heading and can’t wait to see how everything is going to continue in the next one. I had so much fun with Leo and I loved Percy’s character and the ship with Annabeth.

This is the second book in the Lunar Chronicles. The first one was a sci fi retelling of Cinderella and this one is a retelling of the Red Riding Hood. In this new installment we are introduced to two new characters, Scarlet and Wolf. Scarlet’s grandmother is missing and Wolf has volunteered to help Scarlet found her. But Wolf has his own past and things he is running from. I was a bit dubious at how the main story of Cinder would intertwined with the one of Scarlet but I liked how all the stories merged together, and how the story is evolving.Definitely continuing with the series.

A Court of Mist and Fury by Sarah J. Maas

This is the second book in the A court of Thrones and Roses, and it has become my favorite book of 2016. I’m not going to tell about the story because of spoilers but let me tell you that the plot is amazing (I got more than one surprise), and I loved the development of the characters (they went from a starting point to a turned of 360 degrees in a progressive and coherent way). At the end of the book I got so many emotions that couldn’t stop thinking about it for a while. It is killing me to have to wait for May of 2017 to read the next book.

For November I’m in the mood of reading a few more fantasy novels and some mysteries too. These are the books that I’m most probably read this month. 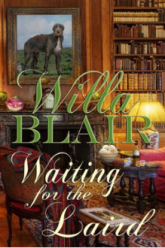 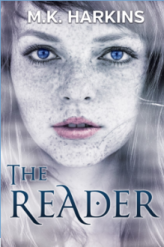 ‘Woe for a Faerie’ by B. Brumley

‘I never had a choice…
Until I made one and woke up naked in the middle of Central Park.
Wingless.
The cost of retribution gouged between my shoulder blades.
Now I’ve got to choose between Jason, the priest who’s hiding something, and Arún, the off-world Fae that believes I’m his prophesied queen.
Mortality was supposed to be easy.’

‘ Waiting for the laird’ by Willa Blair

‘Widow Lara MacLaren hungers for the hunky architect she hires to restore her derelict Scottish manor, but is she ready for a relationship…and is Ian ready for her twins?

Ian Paterson is eager to awaken Lara’s passionate side. Yet, if he reveals his ancestral claim to her estate, he risks losing her and his job. His clan’s history, lost over the years, may be hidden in the walls—along with a ghost waiting for the laird’s return.

When they uncover a room full of Jacobite treasure, proof of his ancestry, Ian realizes he’s out of time. If the ghost is real, it could expose his secret and destroy his romance with Lara. Ian must convince her she and her twins are the future he truly wants.’

‘The Reader’ by MK Harkins

‘Hunted, shot, and without her memory, eighteen-year-old Ann Baker wakes in shallow water on a deserted Pacific Northwest island. She is soon approached by two young men claiming to be her friends. Something isn’t right, but when gunshots sound, Ann is left with little choice but to allow Devon and Archer to help her escape. Soon she finds herself in their North Bend mountain compound, where the higher evolved humans claim to be mind-readers. While Ann heals, she realizes they believe her to be one of the last and most powerful of all – The Lost One. She’s welcomed by most with opened arms, but not everyone is happy about her arrival. A jealous adversary has plans for Ann, which spirals the entire Reader community into chaos. As lies, murder, and betrayal threaten to rip apart the once harmonious mountain dwellers, Ann is thrust into making a decision that could save or devastate not only The Readers, but all of mankind. But there’s just one glitch: by doing so it may require her to make the ultimate sacrifice’

‘The daughter of a local police detective, fifteen-year-old Ryann has spent most of her life studying how to pull off the most gruesome murders her small Colorado town has ever seen.

But killing is only part of it. Ryann enjoys being the reason the cops are frenzied. The one who makes the neighbors lock their doors and windows on a hot summer’s day. The one everyone fears but no one suspects.

Carving out her own murderous legacy proves harder than she predicted. Mistakes start adding up. And with the police getting closer, and her own father becoming suspicious, Ryann has to prove once and for all that she’s smarter than anyone else—or she’ll pay the ultimate price.’

What about you guys? What are you planning on reading this month? Have you read ay of these books?